Sungrow, founded in 1997 in China, is a multinational technology company specializing in photovoltaic inverters and energy storage equipment for residential, commercial, industrial and utility photovoltaic power plants. It is very oriented towards innovation and the development of renewable energies.

Since hitting the Australian market, it has become one of the favourites when it comes to acquiring solar inverters. It has moreover become the second-largest inverter manufacturer in the world only behind Huawei.

So next we are going to tell you some of the keys to Sungrow investing:

They have become very popular for their competitive price and reliability.

Their sales show that they have become the second best-selling solar inverter in Australia by volume, second only to Fronius (according to Formbay data).

Despite the outdated stigma on Chinese origin products, Sungrow has a great reputation for quality in its products compared to other manufacturers (Chinese or not).

The Sungrow series are lightweight, transformerless, string inverters with a wide MPPT voltage range and Wi-Fi communications included. Like most inverters today, they are cooled by passive cooling, with a large rear heat sink.

With its efficient design, it is not specified to derate below 45 ° C ambient temperature which is very surprising for a passive cooling inverter.

In addition, Sungrow has hybrid inverters. With a modern, sleek, silver design and a simple central LCD screen, it features an additional EPS (emergency power supply) box as a backup and allows the inverter to operate in off-grid mode.

It is one of the most affordable and compatible 48V lead-acid battery hybrid inverters, with a wide variety of lithium batteries and with the Sungrow SBP4K8 battery.

As for the backup energy against possible blackouts, it is limited to 3kW. Then it could facilitate the basic functionalities of the house only, such as lighting and some appliances such as refrigerators and televisions. The inverter is not designed for permanent off-grid use.

Sungrow inverters defend their motto of always going with innovation and the latest technologies, which is why they include Wifi monitoring as standard on all models. They feature a modern cloud-based monitoring portal iSolarCloud, a huge improvement over their previous monitoring system.

The new free APP for smartphones is also very simple and works quite well. It allows you to easily monitor your solar energy system from any device.

In this section, we must point out a great improvement in warranty service by Sungrow.

Likewise, it is also worth noting the great technical support service of the Sydney headquarters.

They already have more than 20 years of experience and are an excellent option for those looking for a reliable and profitable inverter for energy storage or solar energy systems.

In addition, it has the plus of having increased the warranty to 10 years.

Their hybrid inverters such as the current SHK5-20 inverter are one of the most popular on the market, although remember that if blackouts are a big problem in your home, it will only be able to power you for basic utilities, not for permanent off-site use.

Furthermore, it must be said that the commercial aspect of its new range is impressive, with modern, silver and elegant models. In addition to including improvements in the monitoring of inverters with the new apps for smartphones.

In short, they are based on innovation and development and generate good quality/price products and have become one of the best inverters in the market.

We invite you to continue reading some of our posts about solar inverters and how we compare some of the most popular brands; Growatt vs Fronius and Fronius vs Sungrow.

Find out if Solar is good for you and make sure you get the best solar system for your home or business. If you live on the Sunshine Coast contact us and we will help you find with: 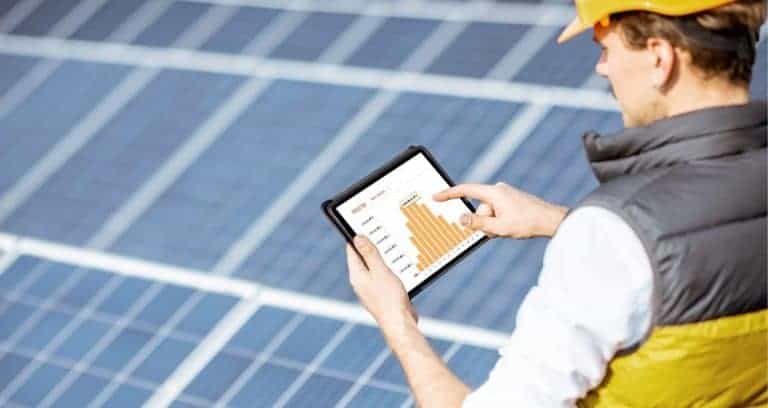 The Daikin company ranks amongst the best air conditioning companies in the world.

It specialises in heating, ventilation and air conditioning devices, including industrial, commercial and residential.

Sungrow is very oriented towards innovation and the development of renewable energies.

Questions or Comments? Write below!

Tenmen Electrical
4.8
Based on 130 reviews

A portion of every job goes to destiny rescue!

Give us a call

Send us an Email